To give you a snapshot of 2018 at RisingStack, we collected some of the key stats, and also the best stuff we wrote this year. Enjoy!

2018 has been a challenging, and an incredibly fast-paced year at RisingStack, but luckily it was fulfilling & surprisingly fun as well.

Just a few achievements to mention:

We doubled the size of our engineering team, provided development / consulting services for ~25 companies ranging from early-stage startups to Fortune500 enterprises, and trained more than 400 developers across the Globe about topics such as Microservices, Node.js, React & Kubernetes. (Protip: Check out our next microservices workshop in Berlin!)

Giving back to the developer community remained a key priority in 2018 as well at RisingStack.

On this blog, we continued to write tutorials about topics that excite us (mainly JavaScript, Kubernetes and Software Architecture). We created a long-form case study as well about scaling a Node.js app to millions of users, and we tried ourselves out in live-streaming React development.

Also, we continued engaging the local developer community in Budapest with our meetups, conference workshops & webinars.

Thanks to the great articles created by our engineers, our blog reached around 1,6 million developers in 2018 - a little bit more than in 2017.

In this article, we shared the story of fixing a nasty bottleneck in our clients' large-scale Microservices infrastructure. We managed to speed up a single user-facing system fivefold, so the product became able to serve 4000 requests per second.

This case study provides insight into how we tackle problems at RisingStack, and you can also learn about investigating performance issues and scaling a microservices architecture - written by Mate Huszarik & Peter Czibik.

In this articles, Kristof Ivancza & Tamas Kadlecsik guide you through the process of deploying a stateful, Dockerized Node.js app on Google Cloud Kubernetes Engine and AKS! As an example application, we used Ghost - the open-source blogging platform where we run the RisingStack blog.

Recently, we had the pleasure to participate in a machine learning project that involves libraries like React and D3.js. Among many tasks, Mate Huszarik, senior engineer at RisingStack developed few charts that help to process the result of ML models like Naive Bayes in the form of a line chart or grouped bar chart. In this article, he presents his progress with D3.js so far and shows the basic usage of the library through the simple example of a bar chart.

What is Kubernetes & How to Get Started With It

When our clients ask us to create a highly available distributed system, we usually recommend Kubernetes, because it's easy to use and even though it has a steep initial learning curve, it's still a lot more simple than other competing orchestration engines.

From Kristof Ivancza's article, you can learn the basic concepts of Kubernetes so you can have a modern, safe and reliable production infrastructure in the cloud without handling all the hassle of old DevOps solutions.

With the v7.4 release, npm 4 became the bundled, default package manager for Node.js. In the meantime, Facebook released their own package manager solution, called Yarn. In this article, we dive into what these package managers offer, what's the difference between them, and how they evolved.

Let's take a look at the state of Node.js package managers and what they can do for you! We also try to help you to pick one between npm and yarn!

Building a React App from Scratch

Bertalan Miklos, our senior engineer decided to build a React app and live-stream the process.

AngularJS to Angular - a brief history with some tips to get started!

Angular is one of the most well-known solutions for SPA (single-page application) development besides React and Vue.js. It has been around for almost 10 years and it has gone through countless adjustments since then. The first version of the framework - AngularJS - started back in 2009 and laid the foundation of present-day front-end application development.

How to Debug a Node.js app in a Docker Container

In case you're wondering: "Why should I acquire this knowledge?" The answer from Tamas Kadlecsik is simple:

Most of the time you can be well off running your app on your local machine and use containers only to sandbox your databases and messaging queues, but some bugs will show themselves only when the app itself is containerized as well. In these cases, it is very helpful to know how to attach a debugger to the service.

While containerization, in general, is a very powerful tool - and here at RisingStack we always start new projects by spinning up the needed infrastructure in a docker-compose.yaml - it can be tricky to reach the enveloped Node process if you don't know how to do it.

Making sure that we're not breaking our clients' code is a real challenge in the world of APIs. As full-stack software consultants working with growing microservice architectures we have to feel the pain of both the server and client. In this video, Peter Czibik, senior engineer at RisingStack presents a clean way to make sure everyone stays happy, and things don't break (or at least we know ahead of time if they are).

Those who watch the keynote will be familiar with the concepts of contract testing and will get to know a small library called Pact that can help integrating it into their current software development workflow.

In this article Tamas Kadlecsik, CEO of RisingStack takes a look at the new features Node 10 brings!

In the previous two years we covered best practices for writing and operating Node.js applications (read the 2016 edition & 2017 edition). Another year has passed, so we revisit the topic of becoming a better developer in 2018 January! In this article, we collected a few tips that we think Node.js developers should follow, like:

New year, better code: mind these React.js best practices by Bertalan Miklos to improve the quality of your code. This post is a short collection of essential React.js tips and tricks for 2018.

Why Developers Love Node.js & what's their main issue with it? Survey Results.

In early 2018 we surveyed our readers to gain insights on what Node.js is used for & why developers still love it. Our secondary goal was to figure out what are the most severe problems they face with Node, and what are the most underexplained topics around it - so we could continue writing tutorials that really help moving forward with JavaScript, Microservices & Kubernetes (just like we did it in 2017).

We were also interested in the infrastructural aspect of running Node.js apps in production, so we asked our readers to share where they deploy their services, what are their preferred front-end technologies, what kind of databases they use and which flavor of JavaScript they prefer.

As a result, 539 devs who use Node in production shared their opinion.

Does your Business Really Need a Mobile App?

This article was written by Daniel Gergely, full-stack developer at RisingStack who makes the case of building Progressive Web-Apps instead of costly native mobile apps.

Git Catastrophes and Tips to Avoid Them

In this post, Janos Kubisch highlights some git features that might be less used/known, but can end up saving your @$$ when things go south in the codebase.

Meet my Free, Local API Server for your Front-End Adventures (written in Node.js)!

TLDR version: Robert created a free API service you can run locally using Docker. This API service can be used as a data source for your front-end project since it has all the necessary basic functions needed to learn or experiment with different front-end frameworks. 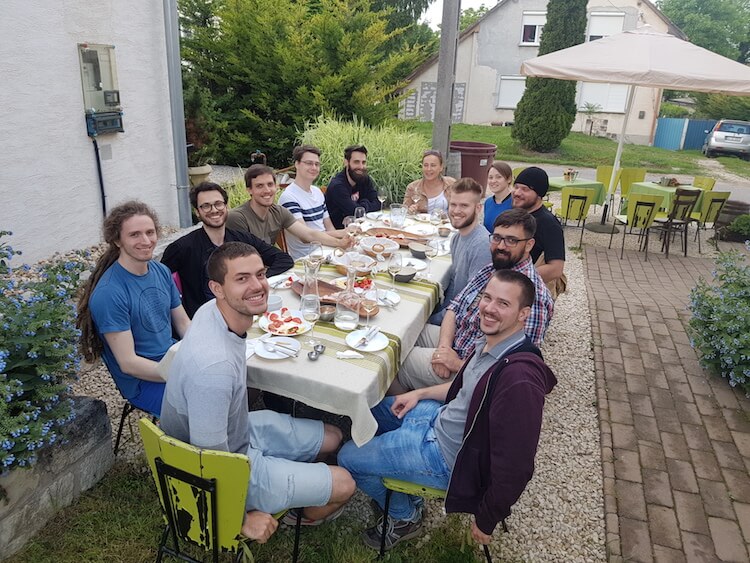 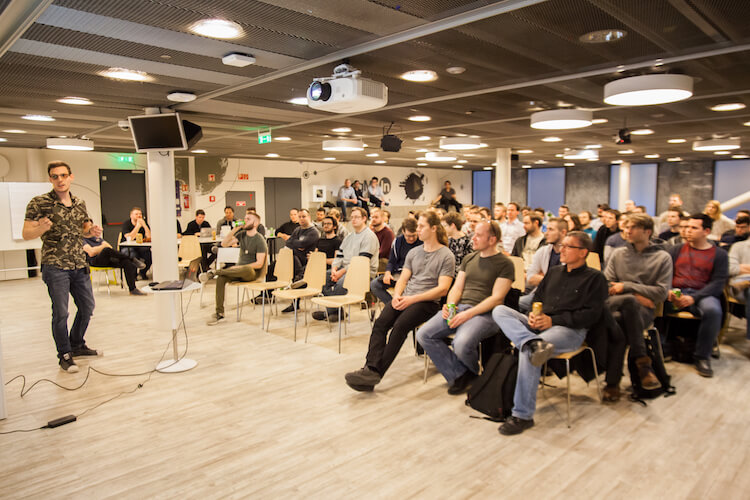 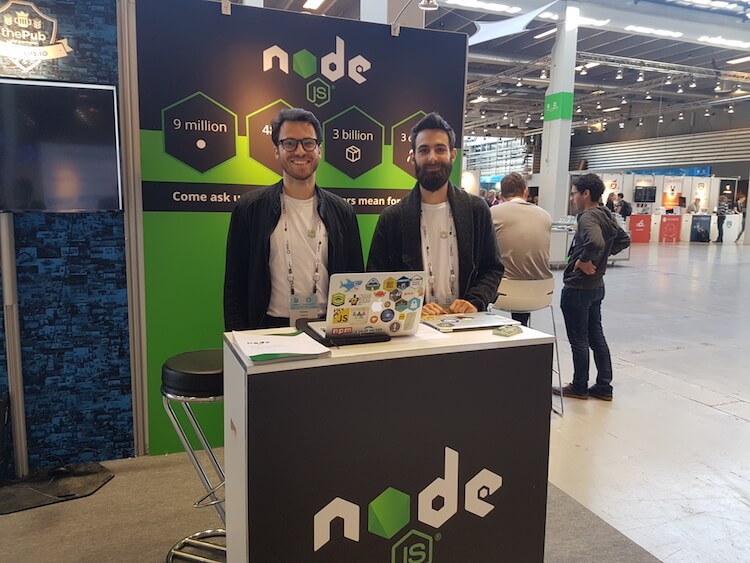 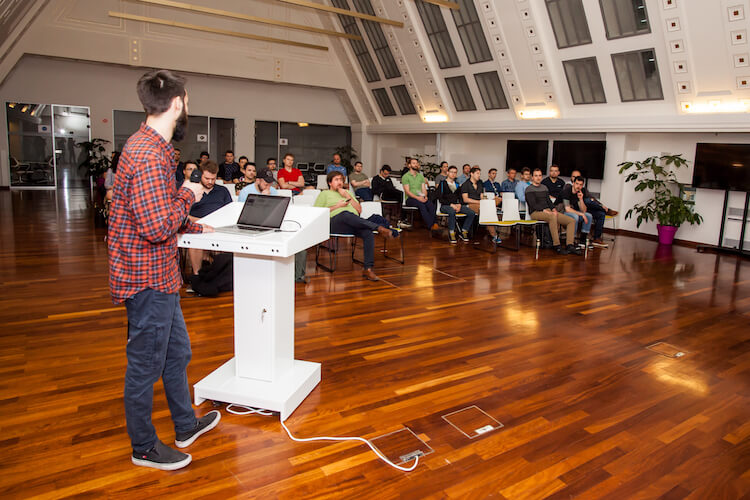